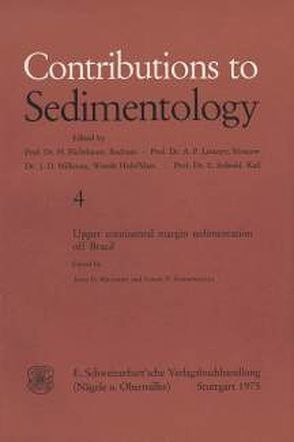 The following six papers represent a synthesis of the sedimentary data collected as a part of the cooperative investigation of the Brazilian continental margin by the Woods Hole Oceanographic Institution and Projecto REMAC (Reconhecimento Global da Margem Continental Brasileira). Not only does this study make Brazil one of the best known margins in the world, but because Brazil occupies such a large portion of the western South Atlantic, it also has greatly enhanced our understanding of global variations in sedimentary patterns on continental margins. Part I discusses the background to the study and describes the methods used in the collection and analysis of the sediment samples. Parts II – V treat the sediments off northern, northeastern, southeastern and southern Brazil, respectively. Part VI summarizes the information and conclusions from these previous parts and compares the Brazilian sediments with those from other continental margins.