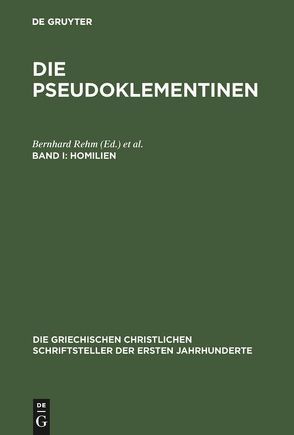 The series of Greek Christian Writers of the First Centuries AD (GCS) started in Leipzig in 1897, then moved to Berlin, and to Walter de Gruyter in 2001 and has been publishing the results of the Academy Project ”Greek Christian Writers”, which was launched in the then Royal Prussian Academy and has been continued by the Berlin-Brandenburg Academy. It publishes large critical editions with historically-oriented introductions and indexes of those works which originated in the Graecophone part of the ancient Christian Roman Empire and have not been included in the other major series of editions. The objective is to provide complete coverage of the first three centuries.