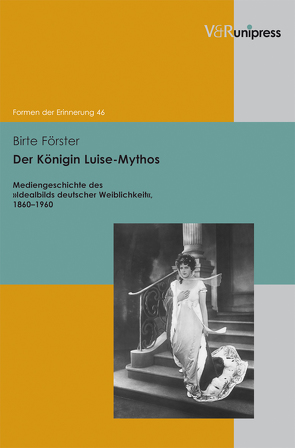 Queen Louise of Prussia (1776-1810) was known as the epitome of German femininity. As the author demonstrates, the historical myth surrounding her combined gender construction with nationalism. The author not only describes how interpretive patterns of nationalised femininity were presented in the popular entertainment media between 1860 and 1960, but also explains their societal significance and scope. Possible interpretative receptions of especially popular portrayals are included in the analysis, as are the regional and confessional distribution of the the myth and its institutional anchoring in schools. Ceremonial acts, the unveiling of memorials as well as the activities of the Queen Louise League show the appropriation of Queen Louise and social practices by specific groups. This is the first historical study of the Queen Louise myth that takes into account its addressees and their respective interpretations, its representations in the media and its social, regional and confessional distribution.