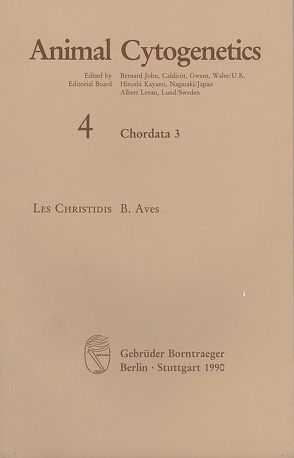 There are four principal reasons why the study of reptilian karyology is of importance. First, reptiles occupy a key position in the evolution of vertebrates. They were the first to break free of the aquatic environment (Carroll, 1969), and are themselves the direct descendants of the stock from which all extant amniotes derive. Second, the evolutionary history of this class is better known than that of most other animal groups because of a relatively good supply of fossil forms. Third, extant reptiles, while not exhibiting the range of mesozoic forms, nevertheless show wide morphological and ecological differences, including forms adapted to diversified environments. Finally, a large amount of data have been collected on the biogeography, ecology, reproductive biology, and, in some cases, also on the cytological variability at both inter- and intraspecific level of certain of the reptilian groups. These four factors make this class a good model for the study of the role of genomic variations in macro- and microevolutionary processes and the cytological and molecular mechanisms which underlie these variations.